The biblical text as it was written. The adaptation is done in short and sometimes the sequence of events is altered to give a different perspective on the event. For example, “Genesis” and the Ten Commandments conclude Part I. 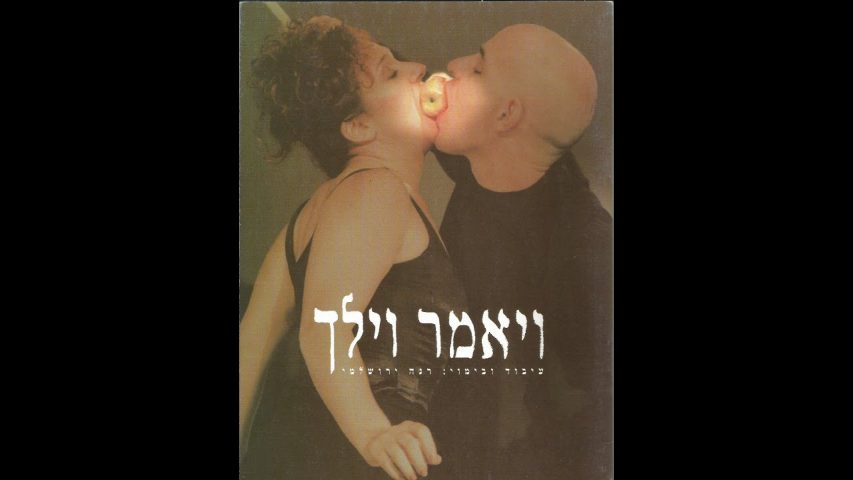 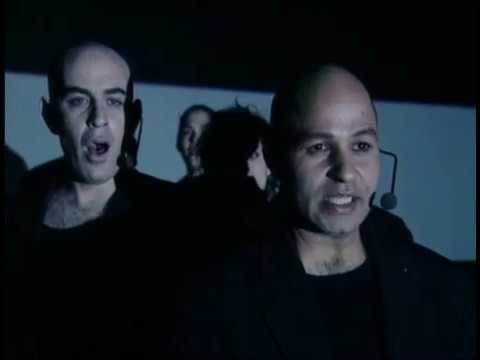 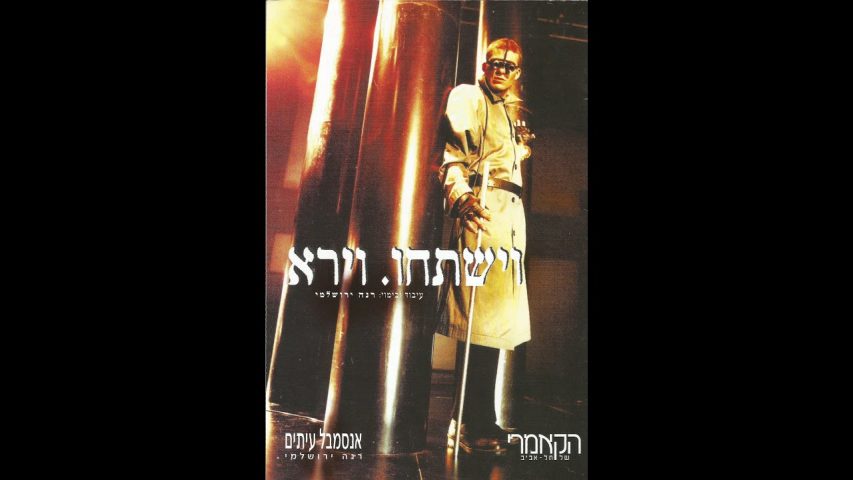 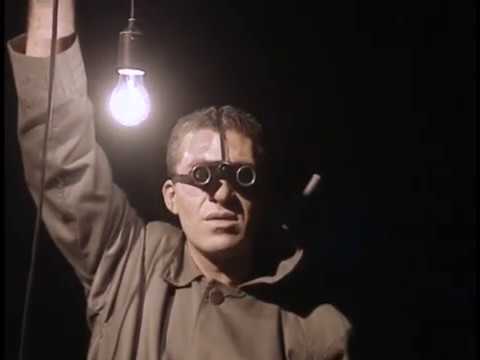 The biblical text as it was written. The adaptation is done in short and sometimes the sequence of events is altered to give a different perspective on the event. For example, “Genesis” and the Ten Commandments conclude Part I.

The main idea was to discover theater as a show that is not based on story, characters, and dramatic conflict, but on language, actors, and so a list of rules or numbers can be part of the show. The audience that grew up on these texts, remember and do not remember like flipping through a family album. The audience surrounds the show floor on three sides as the actors sit between them.

It is important to note that all project partners and creators are secular people, who approach the Bible as a historical-cultural and personal biography.

The biblical Old Testament text as written. The adaptation consists only of cuts and sometimes a change in the sequences order, in order to allow a different perspective on a given event. For example, “In the beginning god created” and the Ten Commandments end the first part.

The main matter was to discover theatre as a performance not based on  narrative, characters and dramatic conflict, but on language and actors. Thus, a list of laws or of chronology of years can be a part of the performance. The audience, who grew up on these texts, remembers and does not remember, like leafing anew in an old family album. The audience encircles the performing floor from three sides, with the actors sitting amongst them.

It’s important to note that all the collaborators in the project and its creation are secular people, approaching the bible as an historical, cultural and personal biography.

Va Yomer (The bible project part 1) deals with the evolution of man and his world, with the creation of man, woman and family at its center. The peak of the relationships between God and his creatures is expressed in the covenant He makes with Man regarding the continuance of his, and the world’s, existence (after the flood).

The family becomes a tribe. The covenant between God and Man focuses on the promise to create a People and its existence in the Promised Land – the journey through the desert, the recruitment of the tribes to war, conquering the country and the Promised Land. The finale is enacted to sounds of the text “Get thee out of thy country” as a present continuous command – to the land and from it, in a two-directional movement, forwards and backwards at the same time.

In a way, here starts a story of a single character and its tragic fate. In this sense, here is a possibility to create theatre with dramatic development. The people ask to crown an earthly king, who will wage war with them against the Philistines. The prophet Samuel tries to warn them against a monarchy, but God orders him to anoint Saul. Saul does not obey the command to destroy the Amalekites, and is abandoned by Samuel and God. The boy David sets out in his name to fight Goliath the Philistine, and wins. In the end, Saul falls on his sword and dies. The prophet Samuel crowns David in his stead.

Va’Yera (And he was afraid)

The word Va’year has a double meaning: seeing, or being afraid. Here too the verb is in present continuous, comprising past, present and future. This understanding opened the possibility to build a move of return and exile simultaneously in the text and the events. The prophet Ezekiel builds the first “set model”. He builds the temple in words – with endless measurements of each detail in the building – and thus creates in the people’s consciousness reality and hope of the return to the land. Against this is set the chronicle of King David reign, and the kings who came after him in an endless list recounting who in the eyes of God did well and who did evil, and caused the exile to Babylon and the destruction of the temple. A two-directional movement in time and space, of past and future, co-exists on the same stage, and ends with the words “The vision I saw was like the vision I had seen”. This movement in two directions is reminiscent of “Get thee from thy land”, together with the lamp that each one of actors holds, to go on seeing…